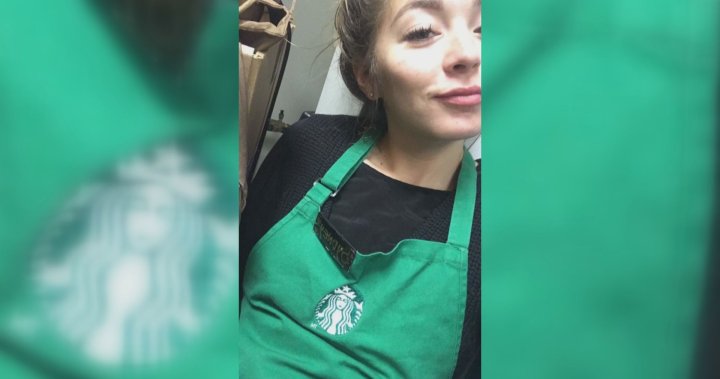 An Edmonton barista has been left reeling after falling victim to a COVID-19 personal protective equipment delivery scam. While no money changed hands, the scam ended up costing the woman her job.

It was a busy work day back in September for former Starbucks barista Sydney Park, when she got a call that changed everything.

“[They said,] ‘I’m calling because, did your manager let you know that you have an important package coming?” Park said.

Park said the caller claimed to be from the Starbucks head office and that a package of COVID-19 safety equipment was on its way, and the supplies were needed to pass an upcoming health inspection.

Moments later she says she got a call from someone else pretending to be from FedEx, stating that the delivery payment had not gone through. She ended up paying for the package with her personal credit card, which had been initially suggested by the first caller.

“[Scammers are] able to adapt their pitches, existing pitches, to new situations and play on that anxiety — the fear, the isolation, that lack of connectivity — in some cases with employees and businesses,” Jeff Thomson, RCMP fraud analyst with the Canadian Anti-Fraud Centre, said.

Realizing only later that it was a scam, Park was saddled with a $ 1000 charge.

“I was pretty upset about it, but didn’t think much of it at that time,” Park said. “I thought everything was going to be okay.”

Park says she eventually got her money refunded from her credit card company, but weeks later was contacted by Starbucks management.

“They told me I was being fired because of this social engineering scam that happened.”

In a separation letter she received from company, it goes on to say she was let go because she provided an unknown caller her personal credit card information instead of using the store’s purchasing card, and that she failed to follow training.

Global News reached out to Starbucks for comment, but in a statement the company said that it does not discuss specific employment matters.

Park says she has no desire to get her job back, but now hopes her story will serve as a warning for others who may be caught in a similar situation.

How to Enable and Use Raise to Speak on Apple Watch

Subscribe to our newsletter
Sign up here to get the latest news, updates and special offers delivered directly to your inbox.
You can unsubscribe at any time
You might also like More from author
Travel

Pair arrested in Netherlands for theft of $629,000 in Apple Watches

The Best And Worst Face Masks For COVID-19, Ranked by Their Level of Protection

Health and safety concerns shut down care facility in…