How African leadership made the Ban Treaty a reality 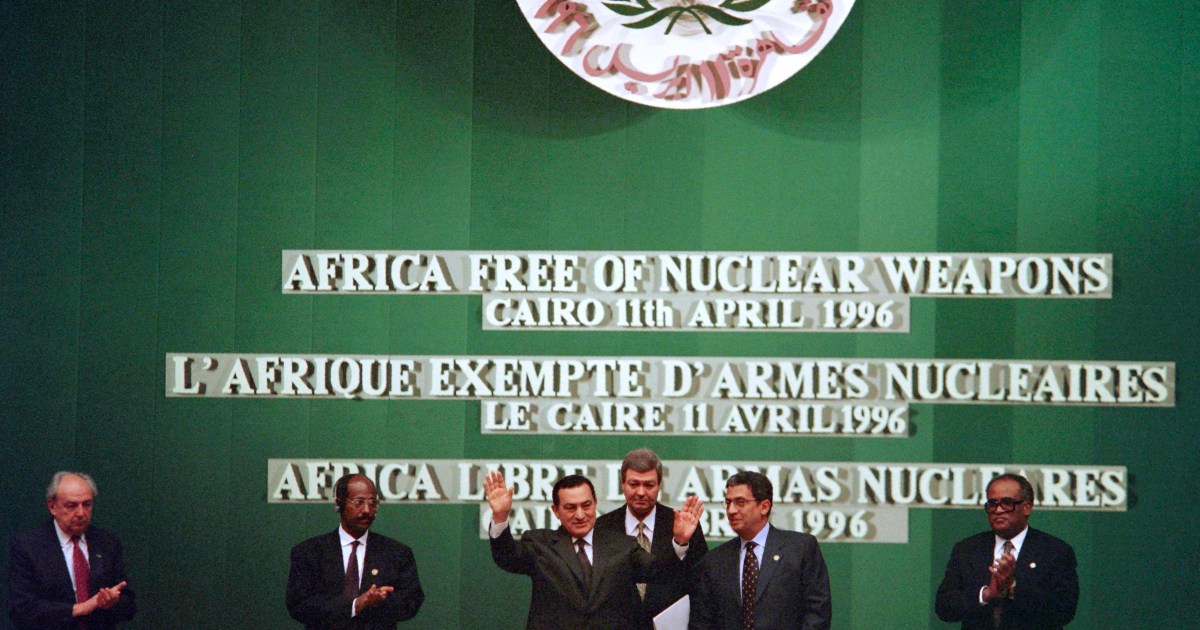 On October 24, the Treaty on the Prohibition of Nuclear Weapons (the Ban Treaty) welcomed its 50th ratification, crossing the threshold to make the accord international law. The treaty is aimed at banning all nuclear weapons forever.

As an African concerned with the politics of nuclear weapons, I believe this an opportune time to remind the world of African contributions that have made the Ban Treaty a reality.

For African states, it is important that they be reminded of the legacies of African leadership in nuclear disarmament so that they can more readily identify with this recent victory, and actively support its implementation going forward. For nuclear weapons states, it is important that the African story is told, as it offers a stark warning about the fundamental dangers of nuclear weapons possession.

African leadership in nuclear disarmament is not really spoken of, as the nuclear debate is seen as a mostly western issue. In historical accounts, we only talk about Africa as a victim of nuclear tests, such as those carried out by France in the western Sahara in the 1960s. The same is true in contemporary accounts, where we only speak of Africa as a mere appendage to the international community’s support for nuclear disarmament. Both of these narratives do not reflect the true scope of African engagement with the nuclear conversation.

By continuing to view Africans as victims and supplicants in this field, instead of as dynamic and thoughtful agents, we suppress a story punctuated by discourses on rights, liability, morality, and legal obligations that have shaped contemporary practices of weapons control. Africa provided two distinct schools of thought concerning nuclear weapons, that made the explicit connection between nuclear weapons, imperialism and racism.

The first of the schools of thought can be found in the powerful initiatives of Black internationalism which were crucial in garnering support for nuclear disarmament in the 1950s and 1960s.

Led by Africans and African Americans, the 1958 conference of independent African states held in Ghana was one of the first instances where state delegates and civil society representatives deliberated on an intersectional approach to nuclear weapons disarmament. They combined movements supporting anticolonialism, non-alignment, and nuclear disarmament in ways that subsequently frustrated colonial powers’ ability to conduct nuclear tests on African soil.

There were even sanctions levied by the Nigerian and Ghanaian governments against the French because of their nuclear weapons testing in the western Sahara.

As Ghana’s first prime minister, Kwame Nkrumah, stated in 1960: “We in Africa wish to live and develop … we are not freeing ourselves from centuries of imperialism and colonialism only to be maimed and destroyed by nuclear weapons.”

As the late Nelson Mandela said in his address to the UN General Assembly: “We must ask the question, which might sound naive to those who have elaborated sophisticated arguments to justify their refusal to eliminate these terrible and terrifying weapons of mass destruction – why do they need them anyway?!”

In line with the humanitarian initiative, African leaders declared Africa a Nuclear Weapons Free Zone with the 1996 Treaty of Pelindaba.

Furthermore, Africa is a moral authority on the question of nuclear disarmament. An African state (South Africa) is the only state in history to discard its indigenously developed nuclear weapons. South Africa’s diplomats continue to advocate for nuclear disarmament since 1994, and many African countries proactively support the Ban Treaty.

With the Ban Treaty’s entry into force on January 22, 2021, the group of nuclear-armed states, including Britain, China, France, Russia and the United States, have vowed not to sign the treaty. Instead, these states continue to cling on to the Non-Proliferation Treaty (NPT) as the cornerstone of the global nuclear order.

According to Article VI of the NPT, nuclear-weapon states have a legal obligation to disarm, but these states have continued to evade their disarmament obligations. This situation is commonly referred to by some as nuclear apartheid. It is therefore important to remind nuclear weapons states of the other, lesser-known school of African thought concerning nuclear weapons.

Propagated by renowned Kenyan scholar Ali Mazrui, this second school of thought promoted what I would call a “proliferate to disarm” approach. In clarifying the connections between nuclear imperialism and racism, Mazrui suggested one of the numerous factors behind the NPT’s successful and urgent negotiation in the 1960s was the fear of the impending surge in the number of states that could now acquire nuclear weapons upon gaining independence.

Mazrui subsequently advocated for African states to withdraw from the NPT and “go nuclear”, with the goal of securing a modest nuclear capability. This was a radical and highly controversial approach, but it had nothing to do with making the countries militarily safer. Instead, Mazrui wanted to challenge the flawed logic of the continued possession of nuclear weapons limited to an exclusive club of powerful nations. As we celebrate the 50 ratifications of the Ban Treaty, I would like to remind nuclear weapon states of Mazrui’s words:

“Only when the West discover that they cannot make the rest of the world refrain from nuclear power, while they themselves refrain from a credible disarmament commitment … will [the world] at last address itself, on the fundamentals of human survival … Imagine [Central Africa’s] Emperor Bokassa, playing napoleon with a nuclear bomb … perhaps this will scare Northern warmongers to sanity at last.”

The views expressed in this article are the author’s own and do not necessarily reflect Al Jazeera’s editorial stance.

The Spookiest Games You Can Play Now on Xbox

Market Extra: Why August in a pandemic is a time for vigilance for stock market…

We did the math: iPhone screen sizes ARE bigger now

‘He only gave us joy’: Argentinians pay tribute to Diego…