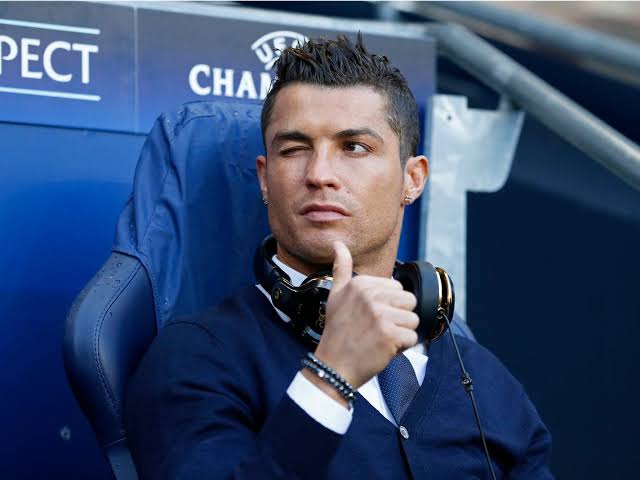 Cristiano Ronaldo will be rested for Juventus’ final match of the Serie A season on Saturday against Roma, ahead of the Italians’ Champions League last-16 second leg against Lyon next week.

Ronaldo, 35, was left out of the squad for the game in Turin, with fellow forward Paulo Dybala also absent with a thigh injury.

Juventus have already wrapped up their ninth straight league title and are now looking towards their home game against Lyon on Friday when Maurizio Sarri’s side need to overturn a 1-0 first-leg deficit.

Nothing is left to play for against Roma who are already assured of a fifth-place finish and the Europa League group stage next term.

Ronaldo, however, will miss out on winning a first ‘Capocannoniere’ award for top scorer in the Italian top flight.

The Portuguese forward has scored 31 league goals this campaign with Lazio’s Ciro Immobile now assured of the top-scorer’s award with 35.

Immobile needs just one more goal against Napoli on Saturday to equal the scoring record of 36 goals for a single campaign achieved by Gonzalo Higuain, playing for Napoli, in the 2015-16 season.

Kandi Burruss Hires Dancers to Perform in Glass Boxes for…

Dustin May blowing up for Dodgers, but here’s why Red…

Covid-19 news: NHS unable to use 50 million masks due to…

Mandatory masks to be required on all Metro Vancouver…

After Beirut blasts, the race to save lives outweighs…

The Special Sauce That Makes Some Vaccines Work

Prev Next 1 of 53
Subscribe to our newsletter
Sign up here to get the latest news, updates and special offers delivered directly to your inbox.
You can unsubscribe at any time
More Stories