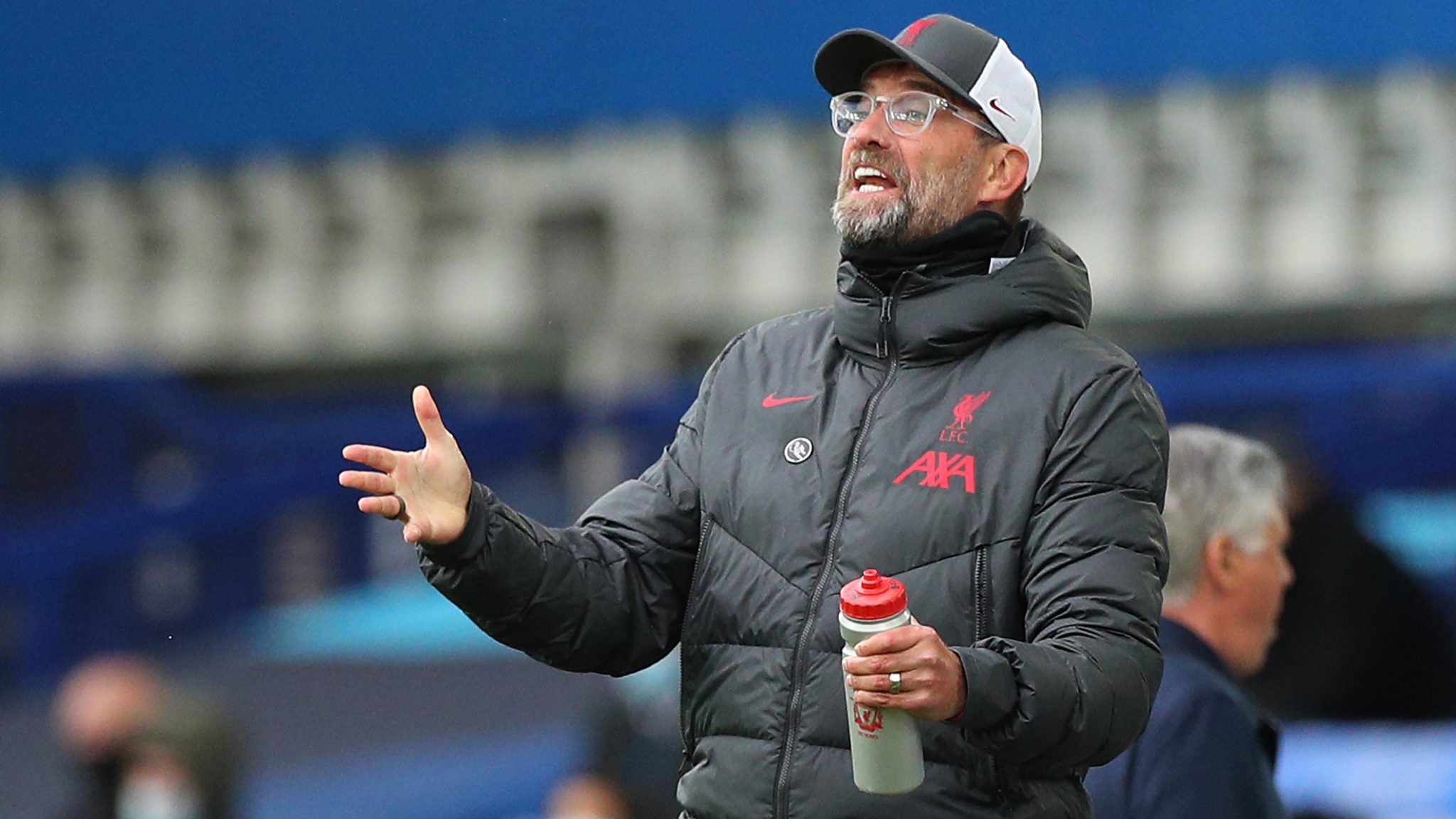 Jurgen Klopp hailed his “dominant” Liverpool side after they were forced to settle for a 2-2 draw against Everton on Saturday when captain Jordan Henderson had a stoppage-time winner ruled out for offside.

Everton twice came from behind to maintain their unbeaten start to the Premier League season in a pulsating Merseyside derby.

Mohamed Salah put Klopp’s men 2-1 in front with 18 minutes to go with his 100th Liverpool goal, only for the in-form Dominic Calvert-Lewin to produce a towering header to drag Everton level again.

Premier League leaders Everton were reduced to 10 men when Richarlison was sent off late on for a high tackle but then earned a reprieve when Henderson’s goal was ruled out for the tightest of offside decisions against Sadio Mane.

“The performance was top, it was a top game and a good game for both teams,” Klopp told BT Sport. “We were dominant against a side full of confidence and with a clear plan.”

The German boss was delighted to see a positive reaction from his team after their 7-2 humbling at Aston Villa before the international break.

“It was probably the best away game since I was at Liverpool,” he said. “I saw a really good performance. I would be more happy if we win but I wanted to see a response and see the team we were before.”

Everton forward Calvert-Lewin said he was disappointed not to make it five wins out five since the start of the season.

“I’m disappointed we didn’t win the game and I know the fans are too,” he said.

“It’s frustrating but in terms of the bigger picture we got a point, we take it and we keep building. We want to keep that unbeaten run going and building towards that bigger picture at the end of the season.”

Is this Scotland’s most innovative archipelago?

So, The International Space Station Is Leaking Air Again

Apple to reveal the new iPhone on October 13

Canning: New managers at a disadvantage

Iheanacho is naturally a midfielder, not striker, Elaho…