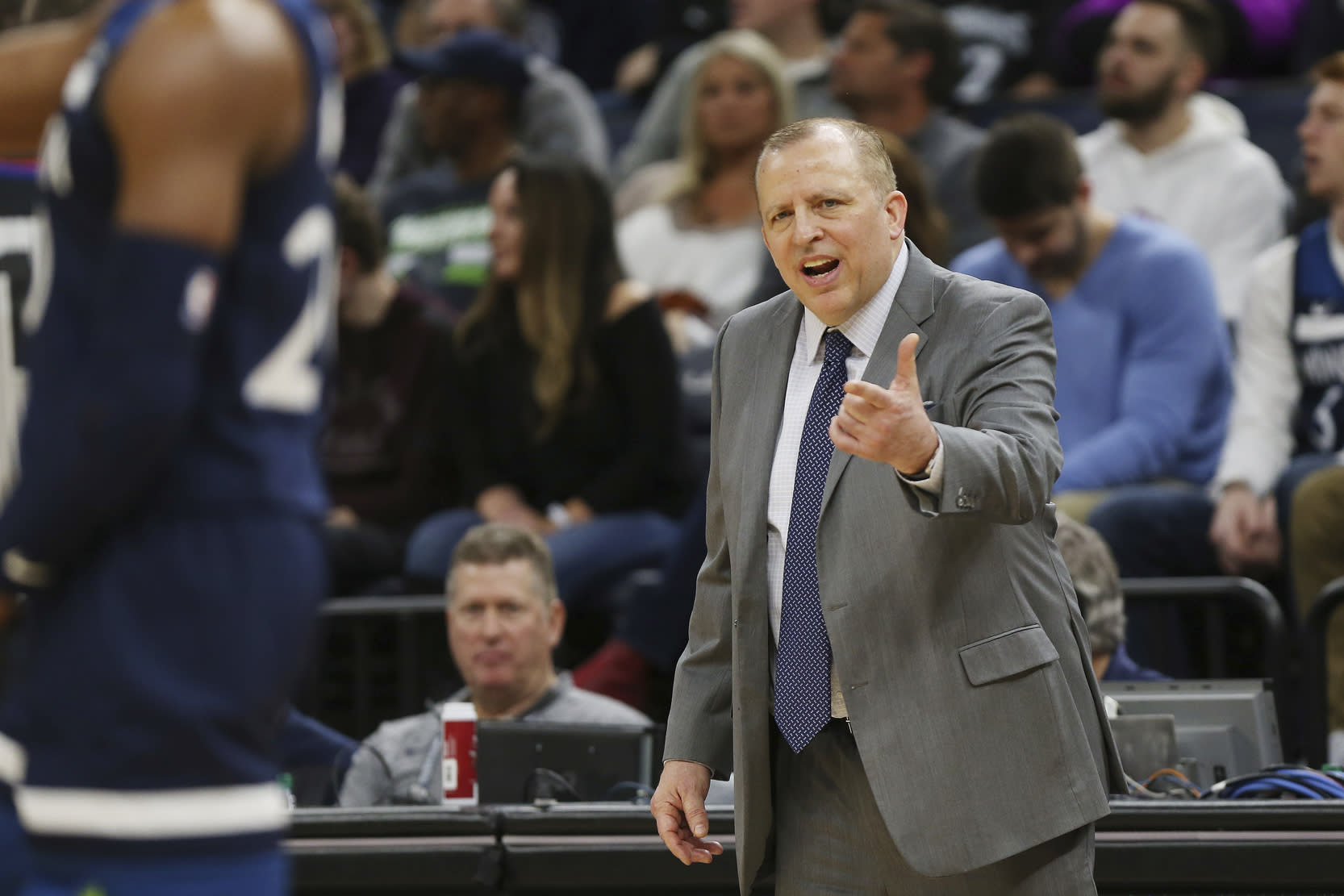 Tom Thibodeau is not the rigid figure he’s been painted to be, although he doesn’t seem to mind the all-basketball, all-the-time image. But as he takes on his third head-coaching job in 10 years, it’s incumbent upon him and the New York Knicks to bring out the extra dimensions to his style.

He’s gruff, but he can laugh.

He’s demanding and strong-willed, but can be flexible.

But can he win?

In the pressure cooker that is New York, for the franchise that has more dust on its banners than shine, for a fanbase that loves to harken back to the “glory days” of the ’90s when they were perpetual bridesmaids and subplots to greater superstars, Thibodeau will be tasked with winning.

And, for the first time, Thibodeau won’t have much of anyone to blame, Jim Dolan aside. In Chicago, he became a cult figure because he gave the franchise an identity it hadn’t had since Michael Jordan left, and because he comported himself better with the media and public than former executive Gar Forman, he was declared the winner of a war with no real reward.

He was overmatched in Minnesota as the Timberwolves continued a disastrous trend of giving good head coaches the ultimate power as team president, eliminating coach/management conflict but creating an echo chamber and not much internal accountability.

It might’ve been impossible for any coach to coax winning basketball out of Karl-Anthony Towns and Andrew Wiggins, talented and relatively productive players who needed things Thibodeau didn’t have at his disposal.

This next chance indicates an endorsement of sorts, that those blemishes and ugly divorces had more to do with his partners than himself, with the benefit of a cushy relationship he shares with Knicks president Leon Rose (formerly of Creative Arts Agency, which represented Thibodeau) and adviser William “Worldwide Wes” Wesley, the latest brain trust at Madison Square Garden.

The results of this chance will indicate whether that endorsement was valid, or if it’s just privilege few other coaches could take advantage of.

As a basketball coach and mind, he’s compelling, and the franchises he left have been messes since his departure. But can he compel players who aren’t natural grinders to play hard every night? Can he tap into the talents of players who need to be inspired and understood? Can Thibodeau meet players where they are, as opposed to making them come to him?

He connected with Derrick Rose because of the work, and even more so with Jimmy Butler. Rose became an MVP under Thibodeau, and, yes, a game of “Operation” come to life when his body started breaking down.

Butler went from a nobody to a hard-driving superstar who took no quarter, same as his coach.

But there are fewer of those types in a locker room and more players Thibodeau will need to find a common thread to connect with, or at least a conduit to play middleman.

These players won’t care what Thibodeau knows until they know he cares.

Presumably, Leon Rose and Wesley will cover those blind spots and the relationship they share will allow for productive conflict when it comes to personnel and coaching style.

As an avid follower of football, Thibodeau was curious once about a Detroit Lions coach who always seemed to be on the hot seat in the ’90s: Wayne Fontes.

“They’d be terrible headed into Thanksgiving, they’d win that game and get hot for the rest of the season,” said Thibodeau years ago at the Bulls’ facility. “But why did the fans stay with him so long?”

The answer: “They didn’t know any better.”

Thibodeau chuckled, completely unaware at that time he’d be taking over a basketball franchise with the same battered mentality, with hopes of caviar but possessing only beer money.

Thibodeau was in the building when the Garden was a place to be, as an assistant when the Knicks were at least respectable in the late ’90s.

He was also there many more nights on the opposite bench, when MSG felt like a mausoleum. The last time they were relevant, there was talk that Carmelo Anthony needed to fit in with the new kid on the block, Jeremy Lin. They’ve won one playoff series since 2000 — the Charlotte Hornets, Washington Wizards and Atlanta Hawks boast more playoff success than this so-called flagship franchise.

Both Thibodeau and the Knicks are in the same space, victims of perception, their own actions and, at worst, an inability to get out of their own way.

When you think of Thibodeau, a common troupe is the long practices, the litany of injured bodies and the conflicts with his superiors that often obscures the job he does, good or bad. Some players see the rewards, the big contracts they’ve signed because he pushed them beyond their limits. The injuries are a thought, but you’d rather nurse them with the benefits of financial incentives.

The ones who buy in love him despite the damage, which sounds a lot like Knicks fans after years of abuse.

The rough-and-tumble Chicago Bulls that gave everybody hell on earth are from a different time. The rules are freeing for offensive teams and the talent is too great for a team like that to exist as effectively as it did a decade ago.

Showing he can adapt to today’s game is his challenge for a Knicks franchise that has to sell something beyond New York to today’s player.

The Knicks have draft picks, a clear salary cap and endless hope from a fanbase that doesn’t know any better.

Thibodeau will be better than what they’ve had before, but he’ll have to be better than he was to get the Knicks out of the perpetual cycle they’ve been in for decades.

Thursday Preview: Who Needs A ‘Debate Commission’ To Have A Debate?