Moon out to shine at Newbury 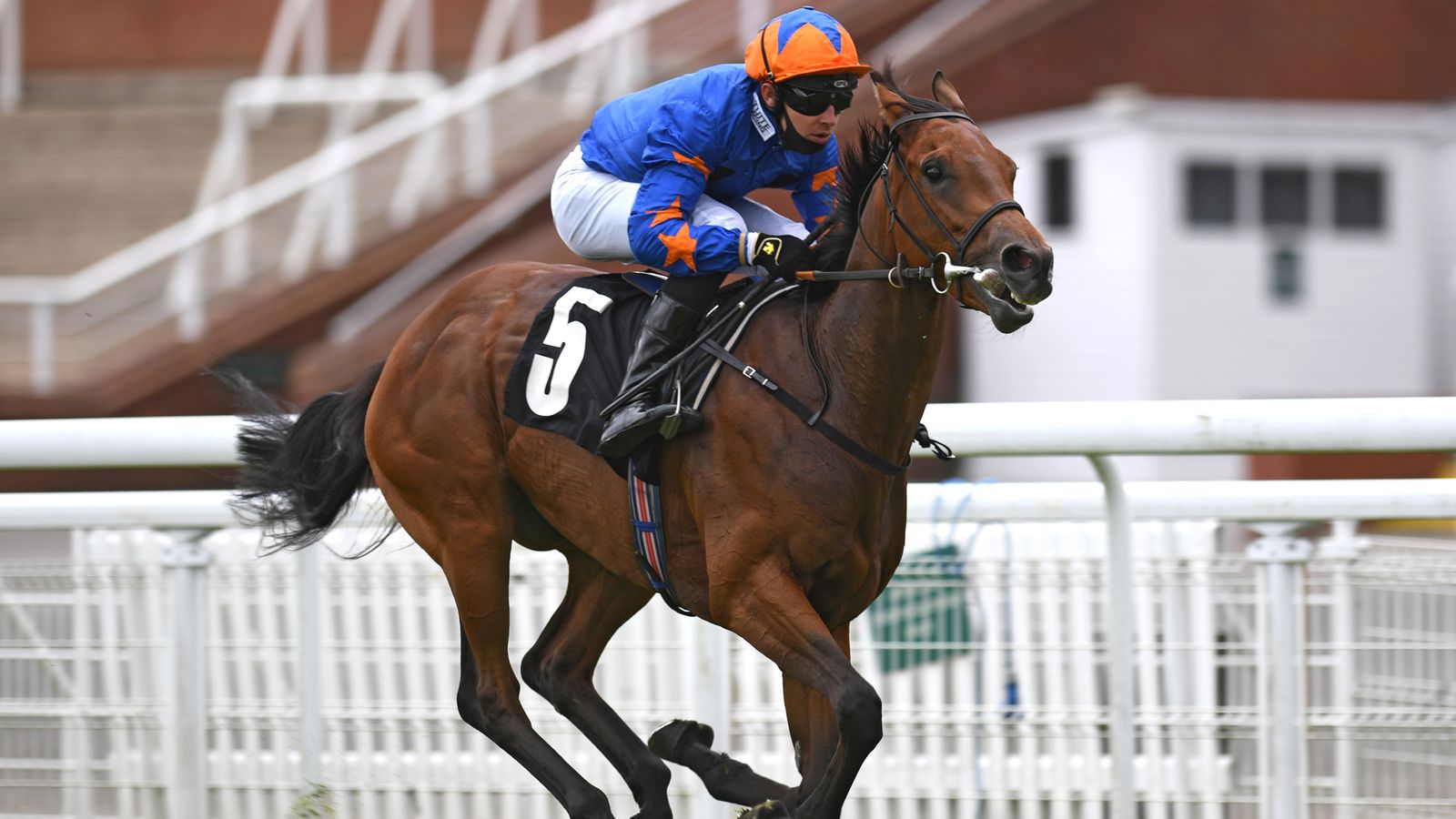 Lullaby Moon’s new connections are hoping their recent acquisition can give them a dream start by winning the Weatherbys Super Sprint at Newbury on Sunday.

The daughter of Belardo caught the eye of Amo Racing Limited And Co when making a winning debut at Goodwood five weeks ago.

A deal was done and Lullaby Moon moved from Joe Tuite’s Lambourn stable to Michael Bell at Newmarket, with this race very much in mind.

“This has been the plan since the owners bought her,” said Bell.

“I’m not sure if she’s got a good draw or a bad draw. She’s in stall six and a lot of fancied horses seem to be in the teens, so we’ll just have to see how it plays out on the day.

“She’s been working really well and we’re looking forward to it.”

Clive Cox is looking to Get It to give him his first victory in this valuable contest after many years of trying.

More on this story

The closest the Lambourn handler has come to solving this puzzle was with Online Investor, who was second 19 years ago.

Cox feels Get It has the right profile and his fourth in the Windsor Castle Stakes at Royal Ascot gives him solid claims.

“He’s in good form. We were very pleased at Ascot, especially as he appeared to be drawn on the wrong side. The form is very strong, so we’re pleased in that respect,” said Cox.

“I trained his dam (Pine Ridge) for his same owner/breeder Andrew Cohen, so it’s nice he’s got a good horse to go forwards with.

“There could be some real sharp cookies in there we are unaware of given how the season has been. We bring the form angle, along with Happy Romance, but I’ve been impressed with a few others, especially Lullaby Moon.

“He ran well at Newmarket first time and given a decent draw, he might have made an even better fist of it. He’s a proper two-year-old.

“I’m pleased Liam Keniry is riding him as he does a lot of the work on him at home. With 8st 9lb, that’s a healthy weight for him.

“We’ve never won it but one of my first ever two-year-olds, Online Investor, finished second to Good Girl in 2001.”

Eve Johnson Houghton is expecting Enduring to make his presence felt when he steps back to the minimum trip after making all the running to open his account at Kempton four weeks ago.

That was his second start after the son of Coulsty had shaped well when fourth to Royal Ascot winner The Lir Jet on his debut at Yarmouth.

“We’re dropping back in trip. He ran really well against The Lir Jet, one of the best five-furlong horses first time out. I think we go there with a chance,” said the Blewbury handler.

John Quinn feels Disco Beats deserves to take his chance after getting off the mark at the third attempt at Musselburgh three weeks ago.

“He’s entitled to take his chance and he’s in very good form.”

Charlie Fellowes feels Carnwennan can make amends for a poor show in testing conditions in the Marsh Cup Handicap 12 months ago.

Carnwennan was 5-1 joint-favourite following his victory in the Northumberland Vase, but could never get competitive and was well beaten.

He returns on the back of a creditable sixth in the Northumberland Plate with Fellowes full of optimism this time round.

“I thought he ran a blinder in the Northumberland Plate. He got too far back and he was the only horse to make up ground from off the pace,” said the Newmarket handler.

“He is quite lazy and always takes a couple of runs to get going as we saw last season when he was beaten at Doncaster before running up a sequence. I knew going into the Plate not having a prep run would be a big disadvantage for him.

“He loves quick ground and he will like the track at Newbury, so he has plenty in his favour. I’m putting a pair of cheekpieces on to sharpen him up a bit.

“He was favourite for the race last year in bottomless ground, which he hated, so hopefully he can gain redemption.”

Roger Charlton, who sent out Withhold to take this prize in 2019, tries for back-to-back wins with True Destiny. The five-year-old made an encouraging return after 11 months off the track when second at Kempton.

What was the largest empire in the world?