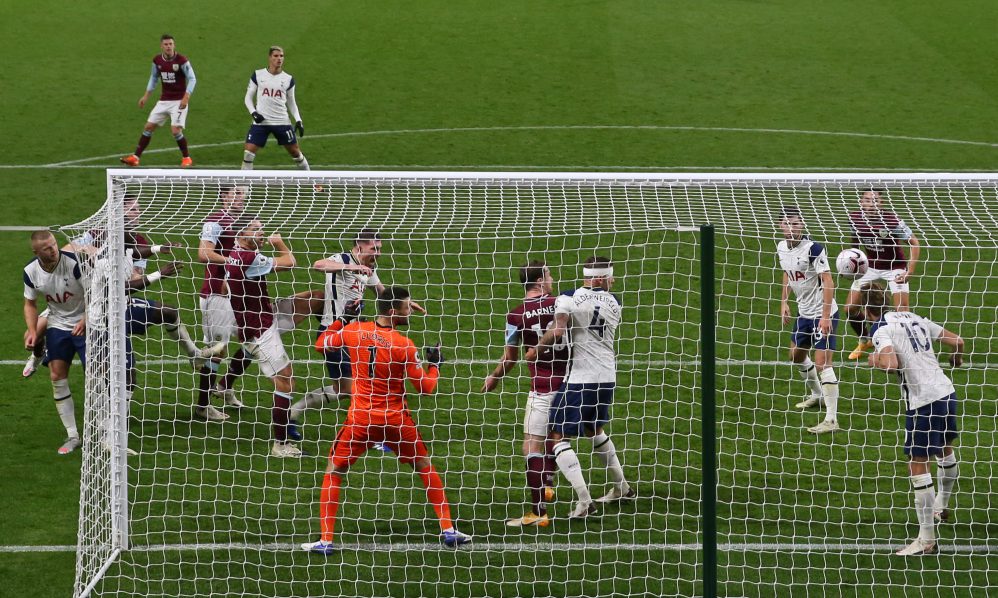 Tottenham coach Jose Mourinho will not countenance them ever “being considered title contenders” despite being two points off Premier League leaders Everton after Monday’s win at Burnley.

Spurs fans could be forgiven for thinking otherwise after the scratchy 1-0 victory at Turf Moor propelled them up to fifth in the table.

They are also the top scorers in the league with 16 goals from six games.

Although considered a member of the ‘big six’ Spurs have not won a trophy since the 2008 League Cup, and their last league title came in 1961.

Mourinho’s predecessor Mauricio Pochettino gave them hope with his development of young players and took them to the Champions League final as well as finishing in the top three on three occasions.

“I will never consider ourselves title contenders,” Mourinho said.

Harry Kane agreed in as much as it is too early to talk about a title challenge in a season that has offered up several surprising results.

Spurs have provided a couple of them hammering Manchester United 6-1 at Old Trafford and then letting slip a 3-0 lead over West Ham to be held 3-3.

However, the 27-year-old England striker is optimistic about the future with the present squad.

“We know with the team we have got and the players we have got we can do something special,” he told the BBC.

“It’s still early on (to talk about a title challenge).

“We need to take each game as it comes.

“I know it’s a cliche but we still have a lot to learn and build on but I think nights like this will give us a lot of confidence.

“These are the games you need three points if you are going to be up there at the end of the season.”

– ‘No space for prima donnas’ –
Key to Spurs’ vibrancy has been Kane’s understanding with South Korea’s Son Heung-min, the former setting the latter up for their winner.

Kane has already broken his personal record for assists in a Premier League season with eight to set-up Son’s eighth goal of the campaign.

Kane and Son have now combined for 29 Premier League goals — only Didier Drogba and Frank Lampard managed more, with 36.

Kane puts down his increased creativity to Mourinho.

“When the gaffer came in he said when I drop deep the wingers have to run in behind,” said Kane.

“It’s something I have been doing for a while but I think we are seeing the final product now.”

Mourinho generously shared the credit for Kane and Son’s partnership with Pochettino but added it also stems from the selflessness of Kane — who also cleared a ball off the Spurs line.

“In the last minute he was pressing and sliding tackles, trying to stop attacks,” said Mourinho.

“When you want to win, you do everything for the team.

“He has done amazing with every coach here.

“The way the team plays, he is very comfortable because he is good in the box and also magnificent outside the box.”

What the U.S. election means for Britain

Beirut braces for protests as grief over blast turns to fury

Biden likely to remain tough on Chinese tech like Huawei, but with more help from…