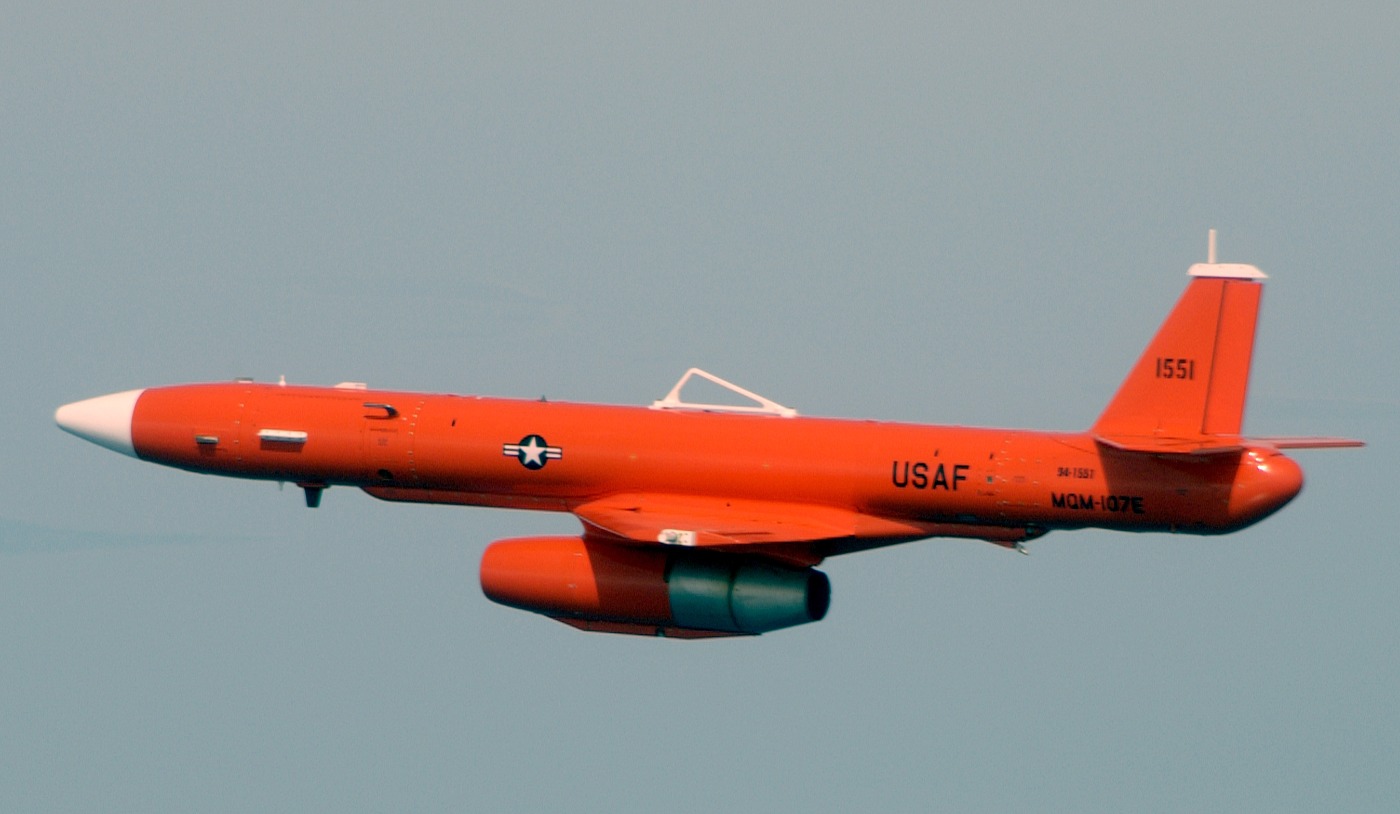 Only in the 1970s could the United States Air Force introduce a remotely piloted vehicle (RPV) that was designed for testing and training interceptor crews and name it “The Streaker.” While it didn’t play disco music or require operators to wear platform shoes, it was truly a testament to the “Me Decade.”

The Streaker was originally developed by Beech Aircraft not for the United States Air Force but rather for the U.S. Army Aviation and Missile Command. The Army has been trying to meet the 1972 Variable Speed Training Target (VSTT) requirement for a reusable, turbojet-powered, target towing drone that could be used to test surface-to-air missile systems.

The Beechcraft MQM-107 Streaker won the contract in 1975, and the platform was utilized until 1979. It was used by the Army in the testing of such systems as the FIM-92 Stinger and MIM-104 Patriot, while the Air Force subsequently used the Streaker for the testing of air-to-air missiles including the AIM-9 Sidewinder and the AIM-120 Advanced Medium-Range Air-to-Air Missile (AMRAAM).

For the era, the MQM-107 was quite high tech considering it was developed during the era of “Pong.” The high-subsonic target drone featured slight sweep sings and a centerline mounted turbojet engine. It was approximately seventeen feet long and had a ten-foot wingspan.

It was ground-launched with the aid of solid-fuel boosters and could accelerate to approximately 250mph in just two seconds. The Streaker’s flight path could be programmed in advance to launch or changed during flight by a ground controller using a radio link. During flight, it could mimic the heat and radar returns of different missiles and aircraft—while it could also drop chaff and flares to deceive interceptor crews.

The Streaker could be used with a variety of payloads for aerial targets, including radar, IR, and visual augmentation devices, scoring devices, and countermeasures. One of its main tasks is towing various sub-targets for radar- and IR-guided missile and gunnery training.

The platform was powered by a single Microturbo North America TRI 60-2 turbojet, which provided 831 pounds of thrust. The MQM-107 Streaker had an endurance of two hours and eighteen minutes and a ceiling of 40,000 feet. At the end of its mission, a parachute allowed it to descend where it could be recovered on land or in the water.

Production of the Streaker actually continued well past the last days of disco, and the program finally ended in 2003, when it was replaced by the BQM-167 Skeeter. However, in 2012 it was reported that at least a few of the target drones had made their way to Syria and then in turn North Korea, which was using them to build unmanned attack drones loaded with high explosives.

As tech blog Gizmodo reported at the time, the strange tale of the drone ending up in North Korea had the makings of a Chevy Chase movie! We would have thought a Richard Pryor movie, but either way it wasn’t really a laughing matter. A high-speed turbojet-powered drone that could be loaded for explosives isn’t exactly what a nation with an unstable leader should have at its disposal. However, it has been more than eight years since the MQM-107 has done much in the way of streaking.

Peter Suciu is a Michigan-based writer who has contributed to more than four dozen magazines, newspapers and websites. He is the author of several books on military headgear including A Gallery of Military Headdress, which is available on Amazon.com.

What the hell is reinforcement learning and how does it work?

Subscribe to our newsletter
Sign up here to get the latest news, updates and special offers delivered directly to your inbox.
You can unsubscribe at any time
You might also like More from author
Health

Busting Up the Infection Cycle of Hepatitis B

Bytedance Says Goal Of US Was To Ban Tiktok: Internal Letter