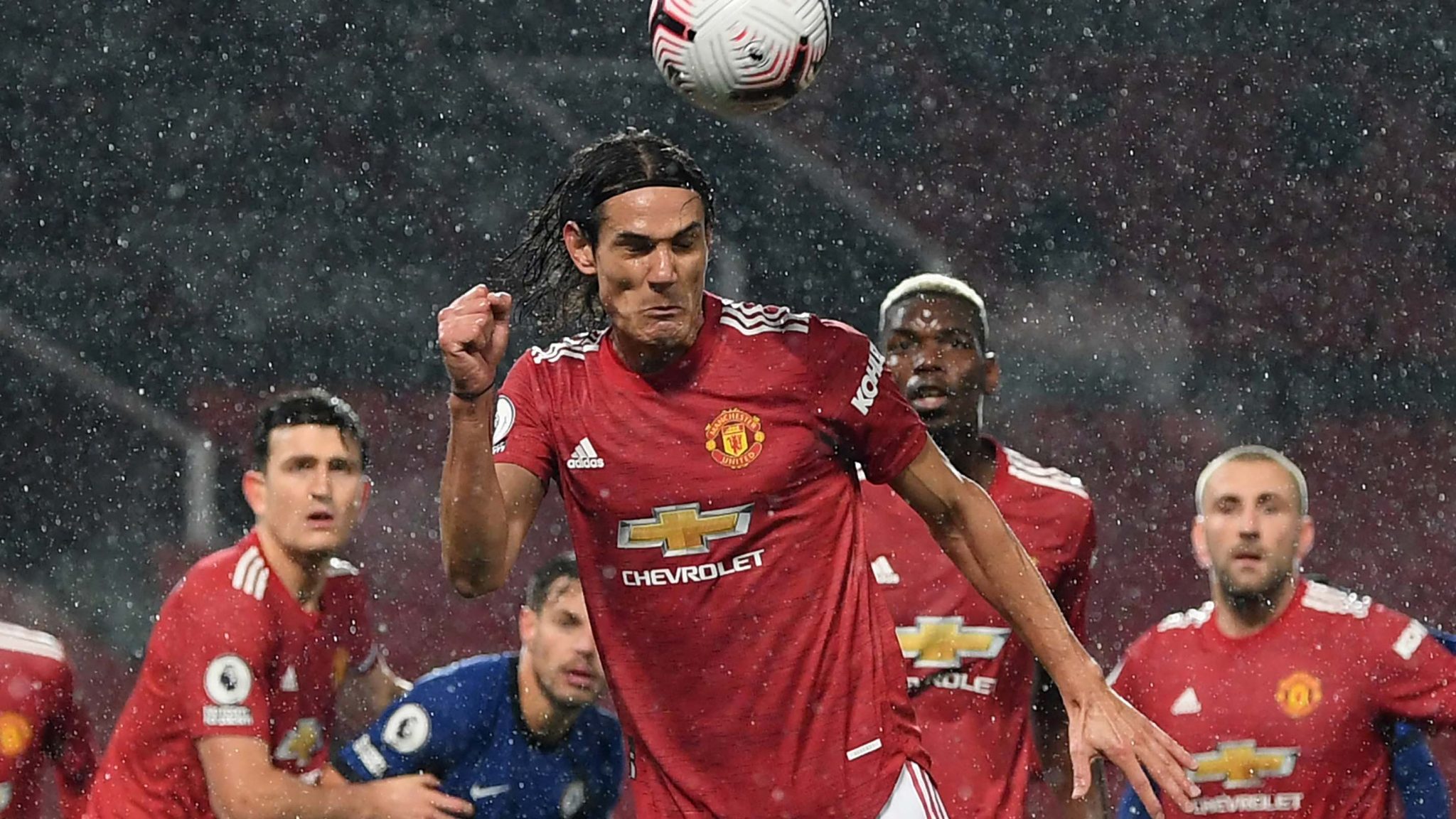 Manchester United have failed to win their first three home league games for the first time in 48 years after Edinson Cavani’s debut failed to inspire the hosts in Saturday’s dour 0-0 draw against Chelsea.

Uruguay striker Cavani almost scored with his first touch after coming off the bench in the second half, but United were unable to break down Chelsea’s well-drilled defence.

Beaten by Crystal Palace on the opening weekend of the Premier League season and crushed 6-1 by Tottenham in their previous home match, United once again looked lacklustre at an empty Old Trafford.

United’s only win in their last six home games was in the Europa League against Austrian side LASK last season, when they were already 5-0 up from the away leg.

They are languishing in 15th place after a spluttering start that raises serious questions about Ole Gunnar Solskjaer’s hopes of ever turning United into title contenders.

United, bereft of any attacking inspiration, have two more chances to get back on track at home next week when they entertain Leipzig in the Champions League and Arsenal in the Premier League.

Chelsea’s conservative tactics were a means to an end for Blues boss Frank Lampard, who had been alarmed by the defensive issues that saw them concede three against West Bromwich Albion and Southampton.

Chelsea had conceded 63 goals in their previous 43 Premier League matches under Lampard, the worst rate of any permanent Blues boss.

A goalless Champions League draw against Sevilla in midweek stopped the bleeding and this obdurate effort was another sign that Lampard is beginning to solve the problem.

Chelsea are far from the finished product however, lacking much cohesion in attack, and they sit in sixth place after drawing three of their last four league games.

Solskjaer changed United’s pre-match routine in a bid to arrest their Old Trafford slide, taking them to stay in a hotel on Friday night.

“I am not sure the wives and girlfriends are too happy,” he said before kick-off.

But evidence of Solskjaer’s decision bearing fruit was hard to find as both sides adopted an ultra-cautious approach in a bid to cut out costly mistakes.

With torrential rain lashing down, nearly 30 minutes passed without a single notable incident before Chelsea keeper Edouard Mendy nearly scored an incredible own goal when his miscued pass across his six-yard box rolled just wide for a United corner.

Mendy fared better with a routine save from Bruno Fernandes’ speculative long-range effort as the United midfielder had the first shot of the match.

In a bid to stifle a United team that beat Chelsea three times last season, Lampard switched to a 3-4-3 formation, with Reece James and Ben Chilwell at wing-backs and Kai Havertz and Christian Pulisic either side of Timo Werner in attack.

Chelsea finally showed signs of life when Pulisic broke away for a shot that deflected wide from 20 yards.

Marcus Rashford had the best chance of the half when Juan Mata’s pinpoint pass sent the United forward galloping clear for a low drive that forced Mendy to save with his foot.

Cesar Azpilicueta had a strong penalty appealed rejected when Harry Maguire wrestled him down at a Chelsea set-piece.

Mata brought a fine save from Mendy with his curling effort from the edge of the area.

Solskjaer made his move when he sent on former PSG star Cavani in the 58th minute for his first appearance since his free transfer on deadline day.

Cavani almost scored with his first touch when his deft flick ruffled the side-netting.

But chances remained at a premium until Mendy made a brilliant save in stoppage-time to keep out Rashford’s curler.

So a friend said, ‘But the Democrats are just as bad’