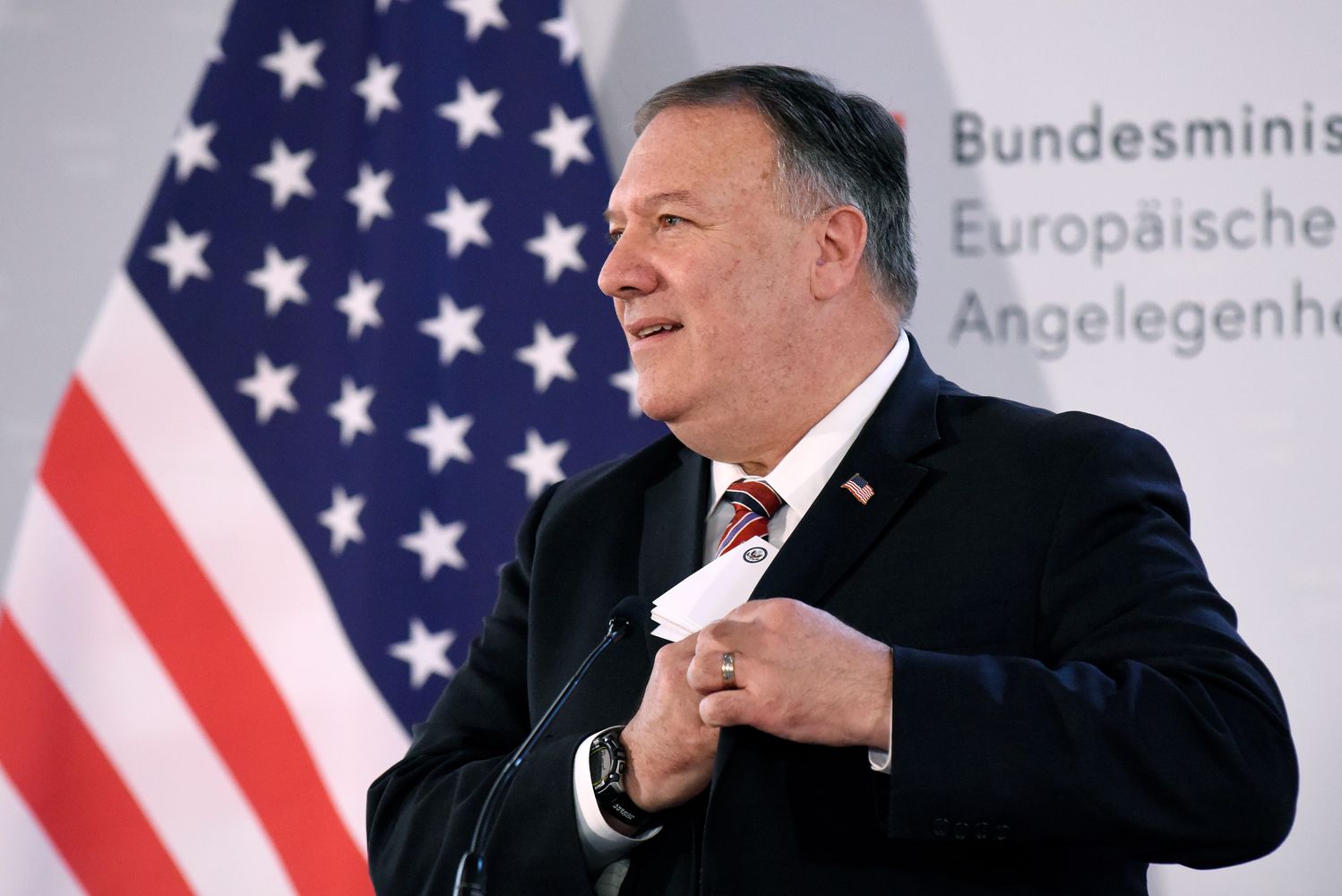 A top aide to Secretary of State Mike Pompeo has ordered senior State Department officials to compile additional documents for two Republican senators investigating the origins of the FBI’s Russia probe and Joe Biden’s dealings with Ukraine, according to an internal memo obtained by POLITICO.

The memo, dated Aug. 17, is in response to a July 28 request from Republican Sens. Ron Johnson of Wisconsin and Chuck Grassley of Iowa for records and information about the bureau’s Crossfire Hurricane investigation and the Obama administration’s Ukraine policy. The memo asked officials to compile specific materials related to the 2016-era Russia investigation as part of a wide-ranging document request from the senators that included information about Ukraine and Obama officials.

It shows the senators are actively collecting documents in an investigation that has taken on political overtones — and one Democrats say has been seeded with Russian disinformation — less than 80 days from the election.

The Pompeo aide who tasked the officials with collecting the records, State Department Executive Secretary Lisa Kenna, ordered recipients of the memo to “immediately search their files for any electronic or paper records responsive to this request, to include emails, documents, spreadsheets, databases, and electronic media, etc.”

Kenna specifically asked for all communications in 2016 and 2017 between former Deputy Secretary of State Strobe Talbott and any then-current State Department official that centered on the Trump campaign or Christopher Steele, the former British spy who compiled a dossier of allegations against president Donald Trump. Kenna also asked for similar records from the same time period showing communications between former Clinton aides Sidney Blumenthal and Cody Shearer and any official then at the State Department.

The memo also asks recipients to refer to Grassley and Johnson’s letter — which asks for more records about the Obama administration’s Ukraine policies, including whether anti-corruption funding or support to Kyiv may have been “misused” — when considering document searches, and notes that the department has already addressed some of the other senators’ requests related to Ukraine and the Bidens.

The memo, which is marked “sensitive but unclassified,” was issued as House Democrats are seeking information about the State Department’s level of compliance with the GOP-led investigations. It also lists a “due date” of Aug. 28, around the time Johnson is expected to release public reports on his investigations.

“Obviously, getting responses to the senators’ inquires would be a welcomed development,” Foy added. “Better late than never.”

House Democrats have railed against the State Department, accusing top officials there of cooperating with GOP probes while ignoring their requests for documents. They point to the department’s refusal to provide any documents to the House during its impeachment investigation last fall, even as a series of high-level witnesses testified willingly and against the administration’s wishes about what they described as an effort by Trump to pressure Ukraine to investigate his political rivals.

This time around, the State Department has been making witnesses available to the Republican investigators without the need for subpoenas, including top Europe and Eurasia official George Kent, who sat for a deposition before Johnson’s panel earlier this month.

House Foreign Affairs Chairman Eliot Engel (D-N.Y.) has subpoenaed the department for copies of any documents being provided to Johnson and Grassley, and on Monday he ripped Pompeo for ignoring the request.

“I am deeply concerned by what appears to be a partisan misuse of Department of State resources to assist Senate Republicans in a political smear of Democratic presidential nominee and former Vice President Joe Biden,” Engel wrote at the time.

Kenna, who was nominated to be the U.S. ambassador to Peru, was a key figure in the House impeachment of Trump, acting as a gatekeeper for Pompeo during crucial outreach from Trump allies seeking to discredit the U.S. ambassador to Ukraine, Marie Yovanovitch. Kenna told a Senate panel during her confirmation hearing this month that she found some of that outreach, including from Trump’s personal lawyer, Rudy Giuliani, “deeply disturbing.”

Johnson, who chairs the Homeland Security and Governmental Affairs Committee, and Grassley, who chairs the Finance Committee, have faced intense scrutiny from Democrats who have alleged the GOP senators are misusing their power in order to target the president’s political opponents. They have also accused Johnson in particular of using Russian disinformation to denigrate Biden.

Johnson has vehemently denied that claim, but last week he said his investigations “would certainly help Donald Trump win reelection and certainly be pretty good, I would say, evidence about not voting for Vice President Biden.”

Earlier this year, the Homeland Security Committee granted Johnson wide-ranging authority to subpoena a slew of former Obama administration officials in connection with the panel’s investigation into the origins of the Russia probe and the Obama White House’s handling of the presidential transition period.

Leeds must make £15m wizard who can “nutmeg a mermaid” their top target, not Ben White – opinion

Night and Day: Coverage of Trump’s and Biden’s Speeches Compared Side by…

Joe Biden Has Not Yet Named Bernie Sanders Supporters to Cabinet, White House