Senate Votes Postponed for Two Weeks: What are the Implications? 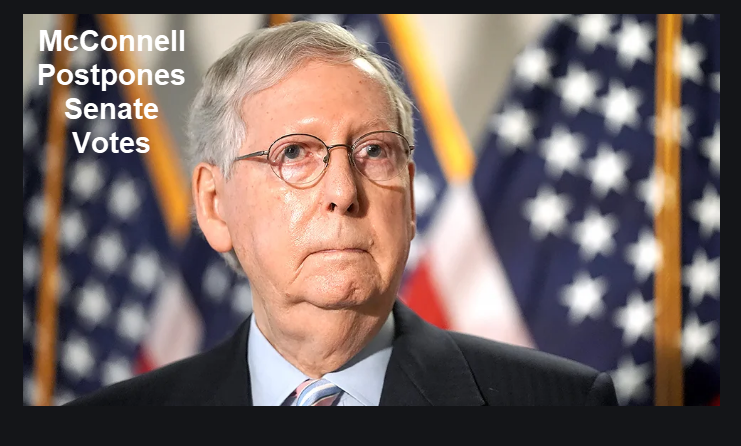 Confirmation Hearings for Amy Coney Barrett Will Go Ahead

That would leave Barrett two votes short of confirmation.

However, But McConnell said confirmation hearings for Supreme Court nominee Amy Coney Barrett would go ahead as planned starting Oct. 12 even though Scheduled Votes are Cancelled for Two Weeks.

Senators Mike Lee of Utah, Thom Tillis of North Carolina and Ron Johnson of Wisconsin had all tested positive for COVID-19 as of Saturday afternoon, after attending a Rose Garden event last Saturday at which most attendees did not wear face masks.

The Senate makeup is 53 Republican to 47-Democrat.

The vote total at present is 51 for and 49 against. Sue Collins (R-Maine) and Lisa Murkowski (R-Alaska) are in favor of letting the next president decide.

Unless two or more additional Republican senators cannot vote on Barrett or decide against her, she will be confirmed.

The tactic may easily cost the Republicans more Senatorial seats in November.

That includes any covid package or airline bailout package.

On October 1, I reported The Airlines, Allstate, and Shell Announce Mass Layoffs

Just in Time for the Election (or a Bailout)

American and United Airlines will bring back workers if they get more aid. Otherwise, Say Goodbye to 32,000 Jobs.

On Friday, House Speaker Nancy Pelosi said a long-awaited deal to provide another $ 25 billion in aid for the airlines was “imminent.”

She asked airlines to halt layoffs.

It is uncertain if Pelosi really had a deal or was just posturing.

However, it’s easy to say a deal is not imminent if there will not be a vote for another two weeks.

The vote postponement likely kills any deals on anything given the election would then be a mere two to three weeks away.

Apple might announce four iPhones and two watches this fall

Tales from the storm: how four scientists tracked Hurricane Laura

How Can You Identify Hidden Talent? With Eric Schmidt (NSQ…