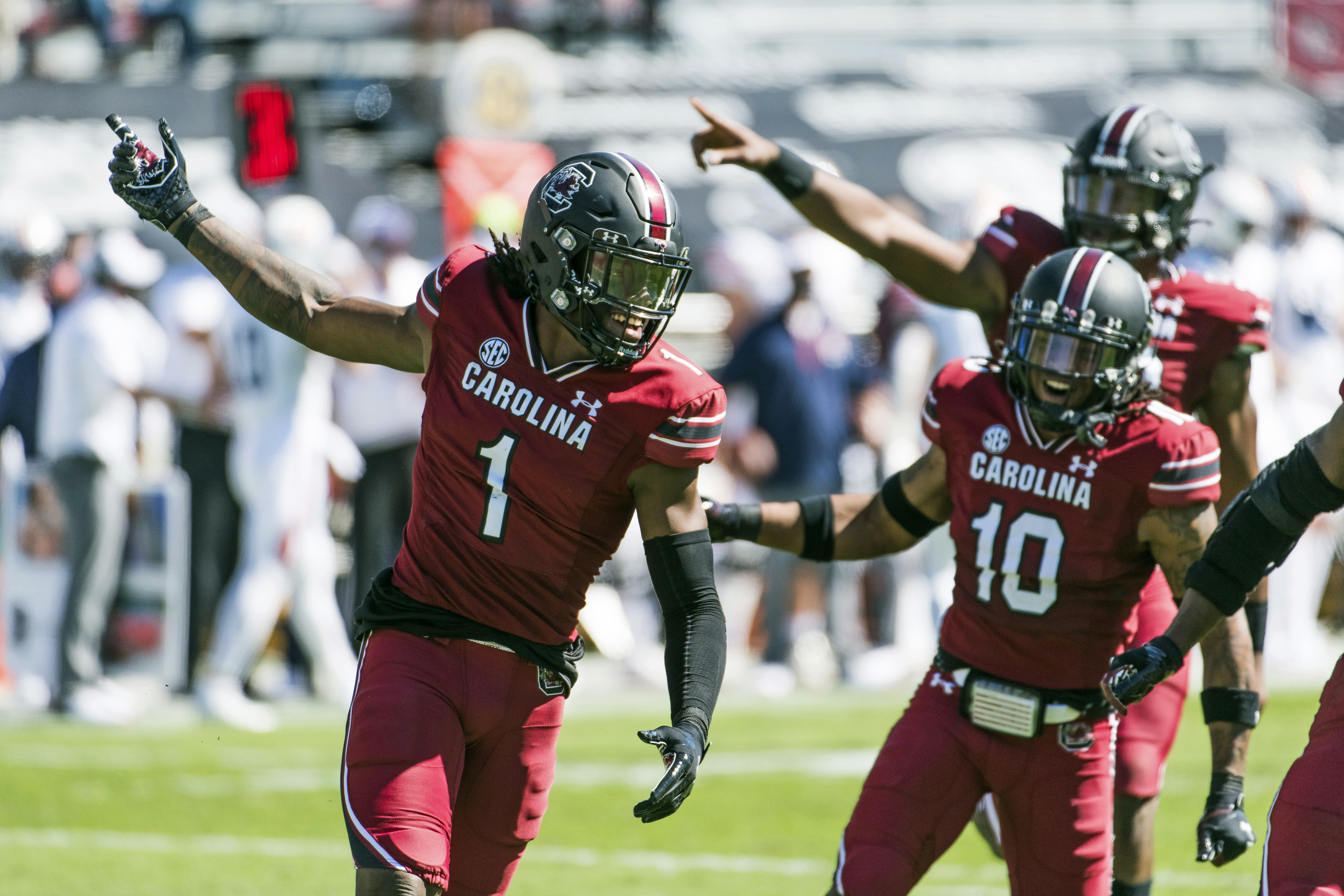 It feels like Auburn is treading water as a program.

Even after all of those mistakes, Nix would have a chance to redeem himself. Trailing 30-22, the Auburn offense regained possession at its own 20-yard line with 2:15 to play.

Nix drove the Auburn offense deep into South Carolina territory, but an intentional grounding penalty on Nix proved costly. It all came down to a fourth-and-5 play from the 12-yard line with nine seconds remaining. Nix would scramble around to evade pressure and was eventually tackled inbounds — short of the line to gain — as time expired. It was a play that pretty much summed up his afternoon.

On the whole, the game was the latest example of what Auburn is in the SEC pecking order: a middle-of-the-pack team.

Auburn beat Kentucky 29-13 in its first game, but that game was much closer than the final score might indicate. Auburn then was trounced 27-6 by Georgia and needed a last-second field goal and a controversial officiating decision just to eke past Arkansas 30-28 last week.

This week, it was more of the same. Nix flashed the athleticism that made him so enticing as a recruit, but was up-and-down with his arm. He forced balls into tight windows. He missed open receivers. And he made poor decisions.

Those poor decisions opened the door for a South Carolina team — a team that doesn’t have the same level of talent as the Tigers — to pull ahead and eventually register its first victory over Auburn since 1933. Auburn had won eight straight in the series before Saturday.

With the difficult schedule that lies ahead, it’s hard to see Auburn realistically climbing back into the mix in the SEC West. That means Auburn is in for another ho-hum season under Gus Malzahn. There is still room for some good wins and another bad loss or two over the next two months. None of it will satisfy a fanbase eager to compete for national titles.

Malzahn famously led the Tigers to the national title game in 2013, his first year. Since then, Auburn has never had fewer than four losses in any of the ensuing seasons. Even in a shortened 2020 season with 10 regular season games, that streak looks like it will continue.

Just how tough is life getting for Republicans? All of our new race ratings changes…

Read Tamar Braxton’s SUICIDE NOTE: ‘The Only Way Out Is Death’!

Why Am I Not Getting Emails on iPhone? Troubleshooting Mail on iPhone & iPad

The pandemic stilled human activity. What did this ‘anthropause’ mean for wildlife?