What If Trump Wanted To Pack The Court, Adding More Justices? 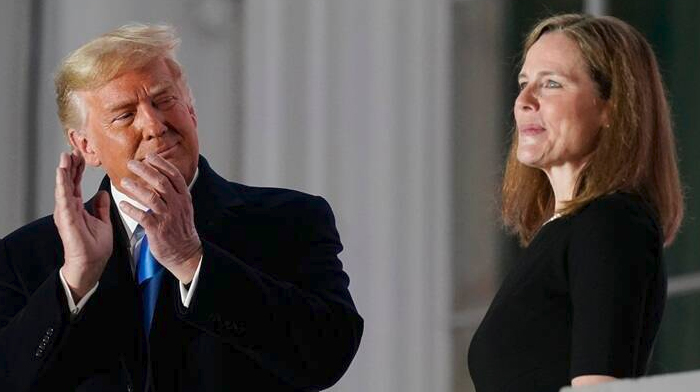 I want to know what is unjust about a president appointing a Supreme Court nominee and then having the Senate vote on their credentials to perform the job properly. I’ll wait.

The Democrats are mad as heck.

We are going to take back the White House & Senate next week with a resounding mandate from the people to fight back against Trump’s illegitimately stacked judiciary. We must expand the Court if we’re serious about the transformational change the people are crying out for.

Wouldn’t it be hilarious if Republicans won both the House and the Senate, Trump won the presidency, and they decide to pack the court with another four or five conservative justices?

There would be weeping and gnashing of teeth of biblical proportions.

It is a good thing for Democrats that Republicans have a reverence for the Supreme Court, which would prevent this from happening.

Dems Want To Destroy The Constitution

This group believes the purpose of the Supreme Court is to transform our nation. I don’t know about you, but I am very happy with and proud of my great country and don’t think it needs to be transformed.

Definitely not transformed to the type of countries that some of these sad excuses for congresswoman came from.

It was designed to keep the power in the hands of the people, not politicians.

That’s why there are 50 states with their own governments, and the federal government was never supposed to be as big as it is today, thanks to expansion by Socialist Democrats.

Judges should only interpret the law according to the Constitution and not be activists. It’s the true check on our system, and it is NOT intended to be used to change the laws.

It’s time to have a Constitutional Convention and enact term limits, freeze SCOTUS judges to nine and secure the electoral college to preserve our Constitutional Republic from the communists who want to destroy it.

I hope all Democrats realize how far their party went left.

I do know some Democrats that will be voting Republican. Mostly due to the recent criminal activity in our streets, that the Democratic politicians are letting prevail. Creeping socialism is also a deterrent for these voters.

I know many Democrats that are hard-working and believe in capitalism. They want civility instead of lawlessness.

The president did what the Constitution requires of him, whereas the changes they want to make are radical in the extreme.

We really need to re-elect the President. Our country hangs in the balance.

What Does This Mean For Americans?

In this moment, the contrast in knowledge, thoughtfulness, expertise, and civility between Justice Barrett and ‘The Squad’ couldn’t be larger or more evident.

It really is amazing to me how the Democratic members of the Senate and the House were not able to accept the fact that ACB is the most qualified candidate for the SCOTUS.

This is a judicial position where it is up to the nine justices to rule on constitutional law, not political preferences.

The Squad should shut their mouths and quit whining about things they do not even know will happen.

This new Supreme Court guarantees my children a more stable country in which they can have a better future.

A stable future in which the rules of life are not constantly changed by the arrogant left that thinks they are smarter than the Constitution and our founders.

Every time the Democrats lose something important, they immediately want to change the rules.

Congrats to Amy Barrett – it is good the U.S. Constitution will be safe for many years!

Infrared camera in smartphones: how to shoot great infrared photos (with any…