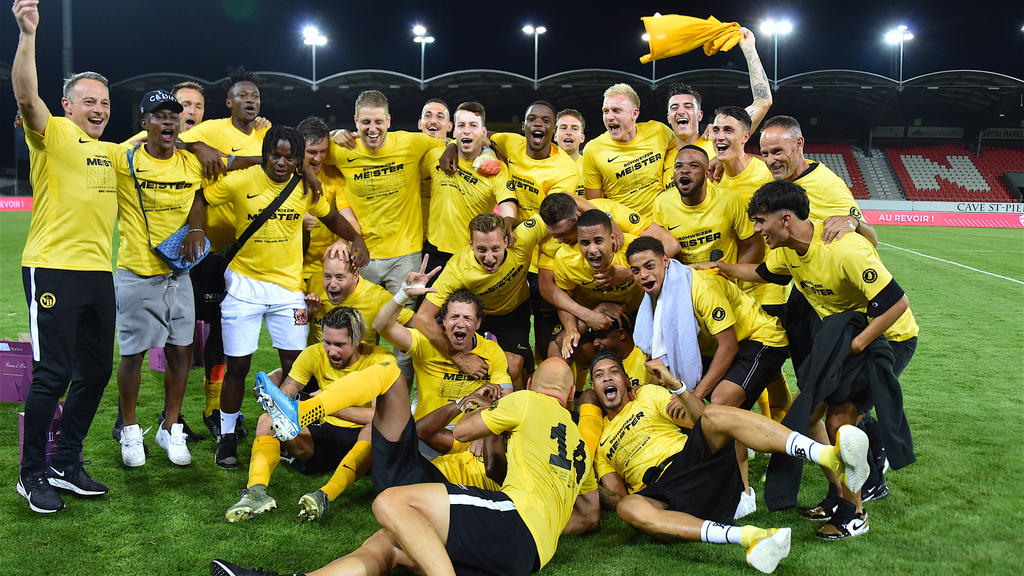 Young Boys won their third Swiss title in a row with a 1-0 victory at Sion late Friday, sealing their 14th championship with a game to spare.

The Swiss season was the first in Europe to be suspended due to the coronavirus pandemic, with the last matches before the shutdown played on February 23.

Matches resumed on June 19, with the 10 Swiss Super League clubs playing twice a week to complete the remaining third of the 36-game season.

Like the top European leagues, up to five substitutions were permitted per match to reduce the risk of player injury.

In Friday’s decisive match, Luxembourg midfielder Christopher Martins notched the winner for Young Boys in the 14th minute at the Stade Tourbillon, with celebrations on and off the pitch at the final whistle.

In their home city of Bern, Switzerland’s capital, thousands of Young Boys fans partied into the night, with one person seriously injured by fireworks early Saturday.

Young Boys will get to celebrate their title at home to runners-up St Gallen on Monday at the Stade de Suisse in the final match of the season.

“This title is deserved. It rewards our efforts and our hard work. We must therefore savour it,” the Cameroon international said, according to Swiss news agency ATS.

“I did not expect to experience such a season: winning the title and scoring 30 goals.”

Nsame does not yet know where his future lies.

“The priority is to celebrate this title and then go for the Swiss Cup,” he said, with Young Boys away to Luzern on August 6 in the quarter-finals, which were suspended due to the pandemic.

“At 27, I still have some room for improvement. It’s up to me to take care of the details, which may not have played in my favour this season. I still have a lot to learn. I don’t set any limits for myself.”

Thanks to their third consecutive title, Young Boys will take part in the second qualifying round of the Champions League next season, held in just a few weeks’ time.

The single-leg match — two rounds before the group stage — will be played behind closed doors on August 25-26.

St Gallen will finish the Swiss season in second place, ahead of Basel and fouth-placed Servette. All three will therefore feature in next season’s Europa League qualifiers.

Ahead of Young Boys, second-tier Grasshopper have won the most Swiss titles with 27, followed by Basel on 20 and Servette on 17.

How COVID-19 Raced Through a Georgia Summer Camp

Last Stop On The Cain Train

How to weed out fake news you receive via WhatsApp

View Your Stats with Handy Apps for Google Analytics

20 Most Powerful Marketing Tips Every Entrepreneur Must Be Using

Dropped emissions during COVID-19 lockdown will do…